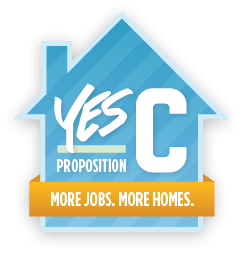 As the dust settles…

As the dust settles from Tuesday’s election, many of us are busy trying to sort out and understand the implications of the results at the federal, state and local level. San Francisco Rising Action Fund worked hard on several state ballot initiatives and key local races, and we are excited to share the results with you, and hopefully help you make sense of what San Francisco’s political situation might look like in the coming year.

First of all, we’re proud to have played a key role in re-electing Supervisor Eric Mar in District 1, who overcame the nearly $1 million that pro-business, pro-landlord groups spent attacking him.  His decisive victory proved that a solid coalition of communities of color, labor, and other progressive forces backing a people’s candidate is the only way to defeat a business candidate with deep pockets.  We look forward to building with Supervisor Mar even more in this term.

Unfortunately, where progressive forces united around Eric Mar, they were divided in their support for Supervisor Christina Olague in District 5, which led to an almost certain defeat (ranked-choice voting will determine the ultimate outcome) by business-backed London Breed.  This is a big setback in one of the most progressive districts in SF, and we’ve got some work to do to build the kind of strength and unity we need to hold Breed accountable.

In other races, progressive candidates David Chiu in D3, David Campos in D9 and John Avalos in D11 won easily, and Norman Yee has a slim lead over FX Crowley in District 7, but the results will be determined by ranked-choice voting over the next couple days.

There were also several important local ballot initiatives that we worked hard on and that prevailed. Measures C and E will tax businesses and raise funds for an affordable housing trust fund in the city, which is sorely needed as rents skyrocket beyond reach.  Measure A, a parcel tax to save City College, also passed. City College serves tens of thousands of working-class San Franciscans every year, and we need to continue to organize to protect it from future cuts.  We called thousands of voters and knocked on doors about these initiatives and are proud to have moved working-class communities of color to vote these vital measures through.

Finally, on the state level, we were able to clinch some powerful victories with the passage of Proposition 30, to Tax the Top and pay for schools, and the defeat of Proposition 32, which would have limited our peoples’ right to impact elections. SF Rising joined California Calls this year and we are proud to have been part of a massive voter turnout machine in communities of color that moved more than 100,000 people to support Prop 30, oppose Prop 32, and support prop 39 across the state. Great work everyone!

We have learned in this election that building strong, multiracial, grassroots power works, and that it is the key to a progressive future in San Francisco.  Now we can continue the work of developing a real platform with our City’s people.  A platform for racial, economic and social justice.  For healthy, strong communities; free education, health care and transportation; good jobs; an end to displacement and deportations; for all the things we deserve.  We look forward to working with you on this project.

San Francisco is becoming increasingly unaffordable to poor and working-class people of color and immigrant communities. We are working to make sure o…

Today is an important day.  In our daily organizing we demonstrate in the streets, we cook dinner for community meetings, we coordinate political…

A Board of Supervisors for the 99% (Volunteer This Weekend!)

With less than a week until the election, the San Francisco Rising Action Fund is in full swing, working to help get key candidates elected to the Boa…

San Francisco Rising Action Fund is proud to announce our endorsements for the upcoming November election! In just a few short weeks, voters will be m…
Pattern Error: href not set.