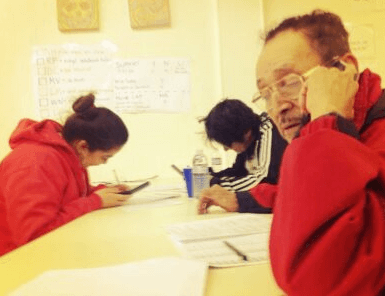 After pouring over candidate questionnaires, scrutinizing legislative records and conducting in-person interviews, the San Francisco Rising Action Fund is proud to announce our early endorsements for the 2014 election cycle.

San Francisco is at a boiling point – for so many of us, the city’s crisis of affordability is all too real. That’s why we know how important it is to have elected officials in City Hall and Sacramento who prioritize the needs of working class communities of color. Our endorsed candidates will do — and have already been doing — just that!

Please join us in electing these fine candidates!

In his 6 years on the Board of Supervisors, and his career before that as a public sector attorney, David has been a resolute champion for working class people of color.

He’s been at the cutting edge of making local government respond to our needs, proving himself to be a master legislator – from making MUNI free for low-income youth; to assuring workers have access to the health care through the Healthy San Francisco network of clinics, as the program was intended, despite strong interference from the business community; to leading the fight to protect long term rent controlled tenants from housing speculators.

The proof is in his record: you don’t have to convince Supervisor Campos to do right by working people — and we know that Assemblymember Campos will be just as ethical, accessible and effective. Let’s get this queer formerly undocumented immigrant from Guatemala to Sacramento!

Since her days as a Chinatown community organizer and her tenure as President of the Board of Education, current District 6 Supervisor Jane Kim has been a passionate and powerful advocate for working class communities of color in San Francisco.

Jane has sponsored policies that have had important impacts on our communities, like the “ban the box” Fair Chance legislation, which prohibits employers and affordable housing providers from discriminating against people with criminal records. And as a representative of a District 6 that includes the Tenderloin, the South of Market, and Mission Bay, Jane is at the forefront of many land use decisions at City Hall.

She knows how important it is to balance the production of affordable housing with market rate housing – that’s why she’s introduced the critical “housing balance” legislation that is currently being debated at the Board of Supervisors.

plus Hot Young Activist to Watch in D10: Debray Carpenter

More than any other place in the city, District 10 represents the future of San Francisco.

Once a mighty center of port-related activity and major naval investment in the shipbuilding industry, the economic opportunities in the neighborhood drew thousands of African Americans from the southern United States during and after the Second World War. In the decades since, immigrants from Latin America and China have continued to move into its neighborhoods to work, to raise their families, and to thrive. After decades of public and private disinvestment, the district is beginning to attract attention from many outside interests.

Today, San Francisco’s African-American population has dwindled to less than 6%. Along with the economic promise that may come with future development in District 10, the threat of massive displacement for the district’s current communities looms large.

That’s why now more than ever, District 10 needs someone in City Hall with vision –someone who is singularly focused on the fate of its working class communities.

We need a Supervisor who won’t waver when it comes to making sure workers have access to the public healthcare to which they are entitled, that immigrant families aren’t ripped apart by the federal government’s insatiable deportation regime, and that our homeless residents have every opportunity to be sheltered.

Ed Donaldson is an African- American District 10 native with deep roots in the community and a strong vision for social and economic equity. His years as the Executive Director of the San Francisco Housing Development Corporation made him a master of affordable housing financing details — something the district needs so much more of!

Tony Kelly is a San Francisco native with strong progressive politics, ample community leadership experience (including two tenures as President of the Potrero Boosters Neighborhood Association), and sharply honed expertise in San Francisco’s land use policies – a critical skill in a district rife with development opportunities.

Debray Carpenter (aka Fly Benzo) represents the kind of new grassroots initiative and love for his community that SF Rising Action Fund wants to really encourage and support. At age 25, Debray is the youngest candidate and yet still carries a strong track record of organizing and neighborhood activism in support of Black workers and public housing residents.  Debray is a talented cultural worker and has huge potential to inspire younger voters to register and want to vote in the election. Keep your eyes out for this rising young activist and organizer!

San Francisco Rising Action Fund is excited to share our 2014 elections endorsements with you! We are proud to stand with candidates who share our val…
Pattern Error: href not set.